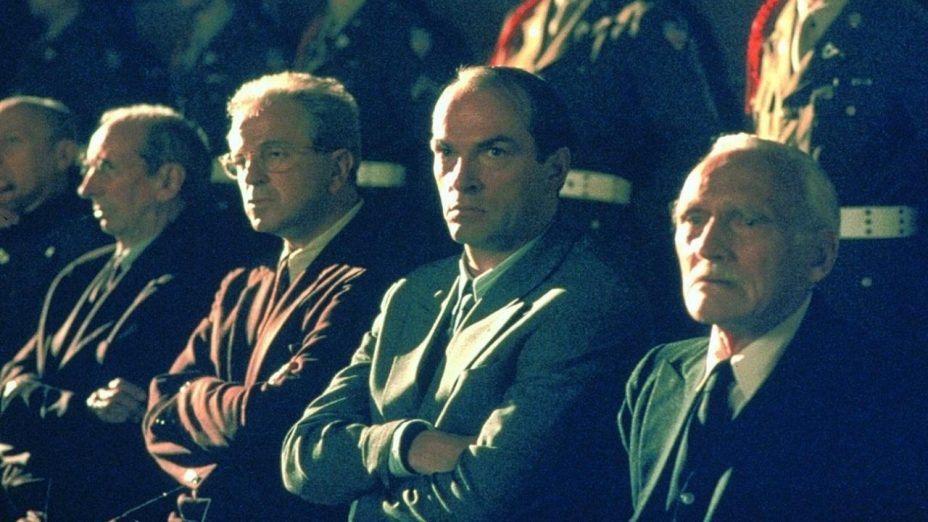 Following the defeat of Germany in WWII, the Allies determine that there must be an accounting of German war crimes. Twenty-four Nazis, representative of all sections of military and civilian life are chosen to stand trial for the crimes of conspiracy to commit aggression, commission of aggression, crimes during war and crimes against humanity. The preparations for the trial, the trial itself and its aftermath are shown through the eyes of Chief Prosecutor Robert Jackson and through the eyes of Reichsmarshal Hermann Goering, the ranking Nazi defendant.