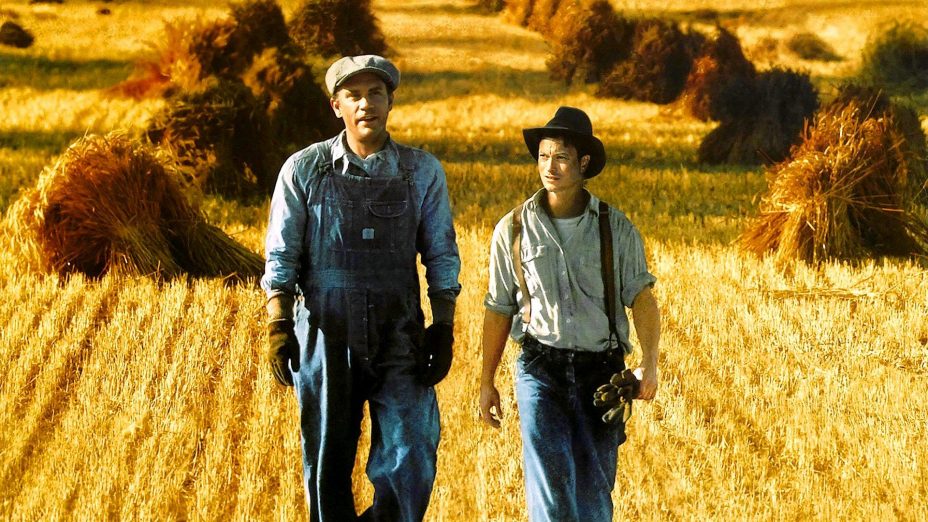 We have a dream. Someday, we’ll have a little house and a couple of acres. A place to call home.

John Steinbeck’s classic 1937 novel is given new life by director Gary Sinise who also plays the part of George Milton, a laborer who has thrown in his lot with a hulking giant, Lennie Small (John Malkovich), whose brain failed to develop with his body. George has become Lennie’s protector. Although retarded, Lennie is a willing, strong worker, and between them they expect to earn enough money to buy their own small piece of land. Lennie’s strength is also his curse. He has a childlike attachment to small animals, but often crushes them to death. And women, to Lennie, are like soft, small and gentle animals. The tragedy that will emerge from this fact will involve an exploited and misused woman (Sherilyn Fenn).