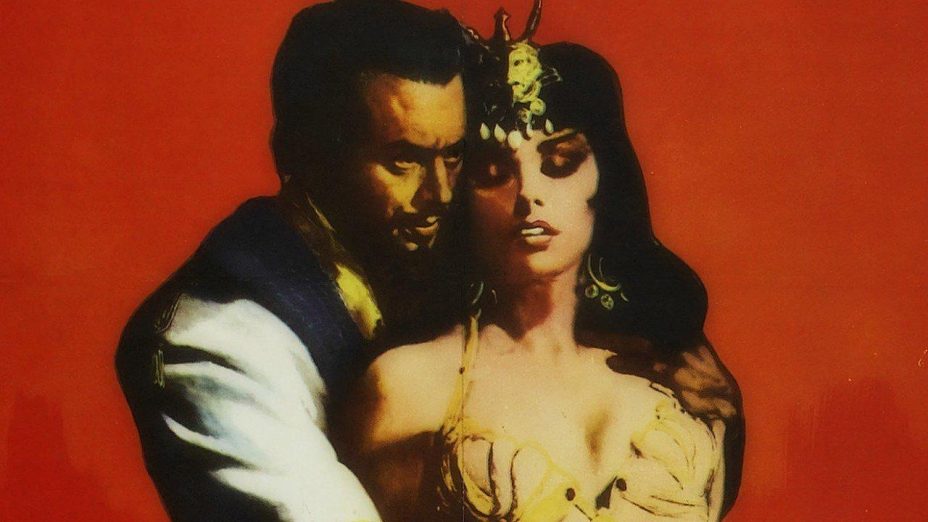 Under the rule of King David, Israel is united and prosperous although surrounded by enemies including Egypt and its allies. The aging King David favors his younger son, Solomon, as his successor, but David’s elder son Prince Adonijah, a warrior, declares himself King. When David learns of this, he publicly announces Solomon to be his successor. Adonijah and Joab, his general, withdraw in rage. Israel prospers under King Solomon’s wise and benevolent rule and is seen as a threat to more tyrannical monarchs in the region. The Pharaoh of Egypt agrees to cede a Red Sea port to the Queen of Sheba in a plot to undermine Solomon’s rule. Sheba is to seduce Solomon and introduce Sheban pagan worship into Jerusalem. Meanwhile, Prince Adonijah, now banished, also conspires with Pharaoh and is given an army to defeat Solomon. The film is a highly fictionalized dramatization of events depicted in The Bible — First Kings chapter 10 and Second Chronicles chapter 9.