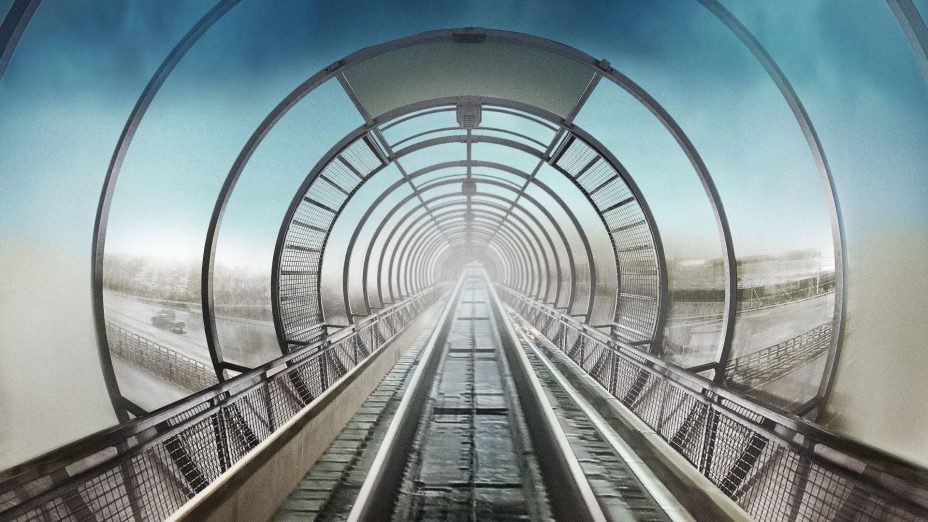 Who is John Galt?

A powerful railroad executive, Dagny Taggart, struggles to keep her business alive while society is crumbling around her. Based on the 1957 novel by Ayn Rand.

The global economy is on the brink of collapse. Brilliant creators, from artists to industrialists, continue to mysteriously disappear. Unemployment has risen to 24%. Gas is now $42 per gallon. Dagny Taggart, Vice President in Charge of Operations for Taggart Transcontinental, has discovered what may very well be the answer to the mounting energy crisis – found abandoned amongst ruins, a miraculous motor that could seemingly power the World. But, the motor is dead… there is no one left to decipher its secret… and, someone is watching. It’s a race against the clock to find the inventor and stop the destroyer before the motor of the World is stopped for good. A motor that would power the World. A World whose motor would be stopped.

Approaching collapse, the nation’s economy is quickly eroding. As crime and fear take over the countryside, the government continues to exert its brutal force against the nation’s most productive who are mysteriously vanishing – leaving behind a wake of despair. One man has the answer. One woman stands in his way. Some will stop at nothing to control him. Others will stop at nothing to save him. He swore by his life. They swore to find him.