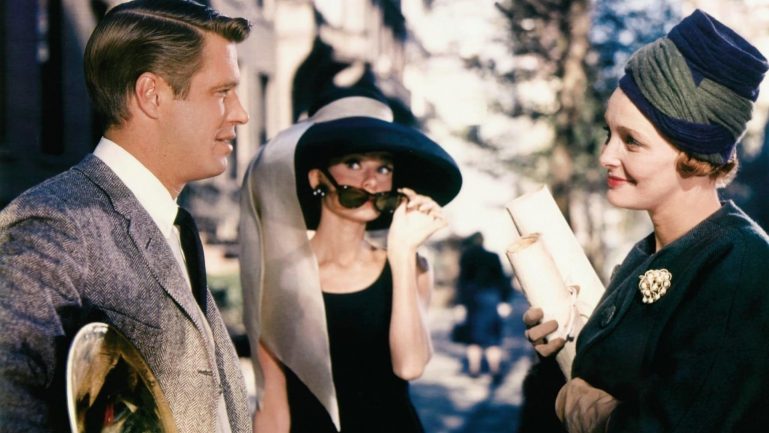 The names Audrey Hepburn and Holly Golightly have become synonymous since this dazzling romantic comedy was translated to the screen from Truman Capote’s best-selling novella. Holly is a deliciously eccentric New York City playgirl determined to marry a Brazilian millionaire. George Peppard plays her next-door neighbor, a writer who is “sponsored” by a wealthy Patricia Neal. Guessing who’s the right man for Holly is easy. Seeing just how that romance blossoms is one of the enduring delights of this gem-like treat set to Henry Mancini’s Oscar-winning score and the Oscar-winning Mancini-Johnny Mercer song “Moon River.”