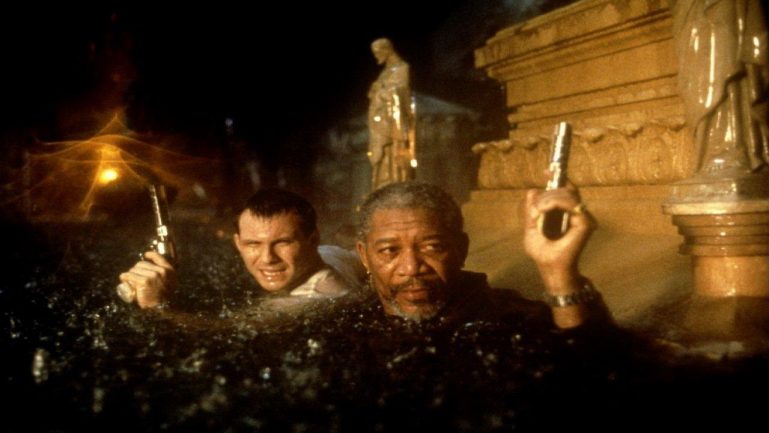 In the worst storm in living memory, one guard stands between five men and three million dollars.

Get swept up in the action as an armored car driver (Christian Slater) tries to elude a gang of thieves (led by Morgan Freeman) while a flood ravages the countryside. Hard Rain is a wild, thrilling, chilling action ride filled with close calls, uncertain loyalties and heart-stopping heroics.