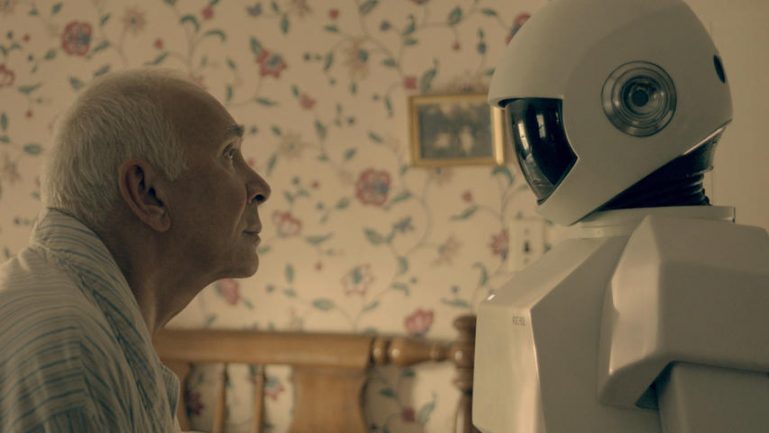 A delightful dramatic comedy, a buddy picture, and, for good measure, a heist film. Curmudgeonly old Frank lives by himself. His routine involves daily visits to his local library, where he has a twinkle in his eye for the librarian. His grown children are concerned about their father’s well-being and buy him a caretaker robot. Initially resistant to the idea, Frank soon appreciates the benefits of robotic support – like nutritious meals and a clean house – and eventually begins to treat his robot like a true companion. With his robot’s assistance, Frank’s passion for his old, unlawful profession is reignited, for better or worse.