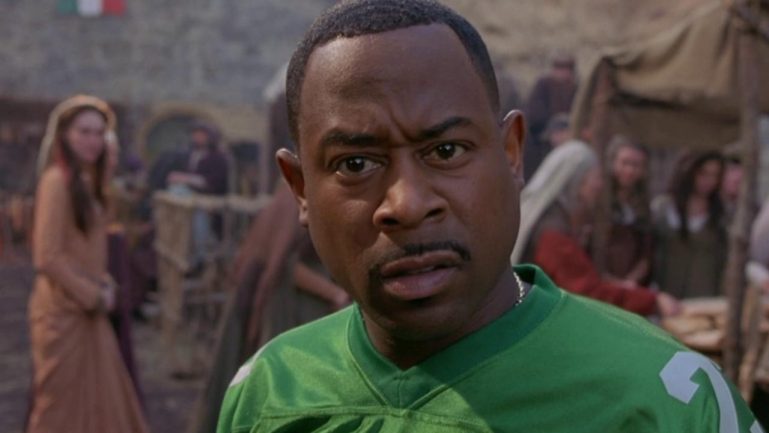 It’s only a flesh wound!

The world of the Middle Ages was populated with heroes whose feats and derring-do have captivated multitudes through the centuries. Legends with names like Lancelot, Galahad, Gawain and…Jamal Walker!? Martin Lawrence plays Jamal Walker. Jamal toils unhappily at Medieval World, a theme park that looks like it has not been renovated, or had customers for that matter, since the Dark Ages. After falling into the park’s fetid moat, Jamal crawls out into 14th-century England, a world of knights in shining armor and damsels in distress, not to mention questionable hygiene and really lousy plumbing. Now a stranger in a very strange land, Jamal falls in with a dissolute knight, a beautiful woman with some very modern ideas, and even a rebellion against the evil king. The Middle Ages will never be the same as Jamal uses 21st-century street smarts and moves to help his new friends!