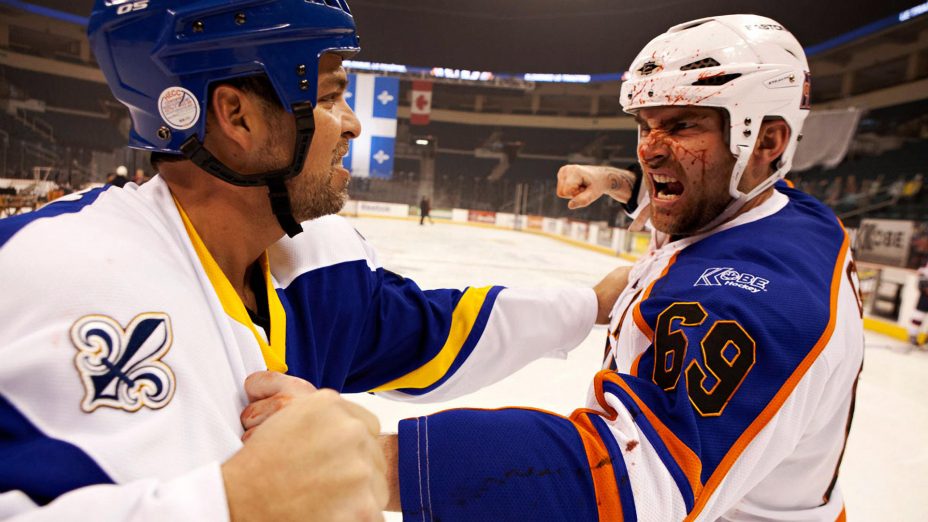 Doug Glatt, a slacker who discovers he has a talent for brawling is approached by a minor league hockey coach and invited to join the team as the “muscle.” Despite the fact that Glatt can’t skate his best friend, Pat, convinces him to give it a shot, and Glatt becomes a hero to the team and their fans, until the league’s reigning goon becomes threatened by Glatt’s success and decides to even the score.