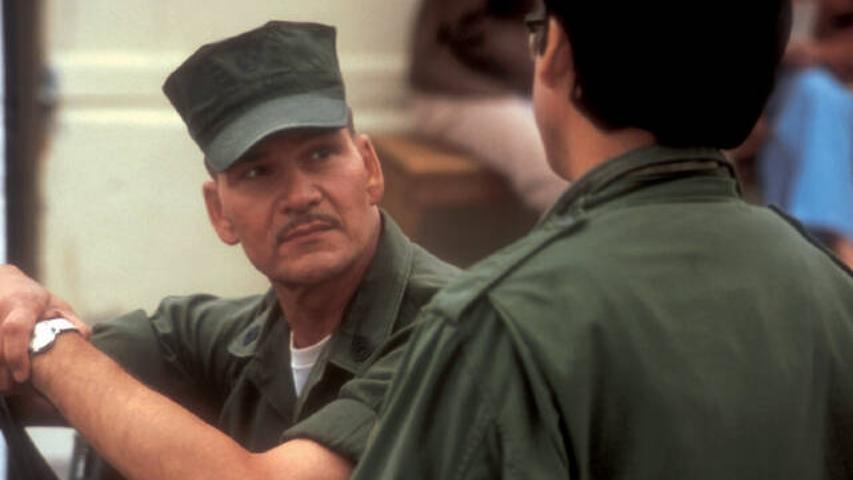 In 1975, refugee camps were set up across the deserts of the United States to house an exodus of over 100,000 Vietnamese immigrants before and immediately after the fall of Saigon. When Tai (Don Duong) arrives at Camp Pendleton, he is confronted by a camp filled with despair. Jim Lance (Patrick Swayze) is the Marine in charge of housing the refugees until sponsors can be found to help them assimilate into American life. Lance quickly commissions Tai, who speaks English, to translate for him. Prepare to embark on a remarkable journey as an unlikely bond of friendship is formed between two men from opposite sides of one of the world’s most infamous and bloodiest wars.