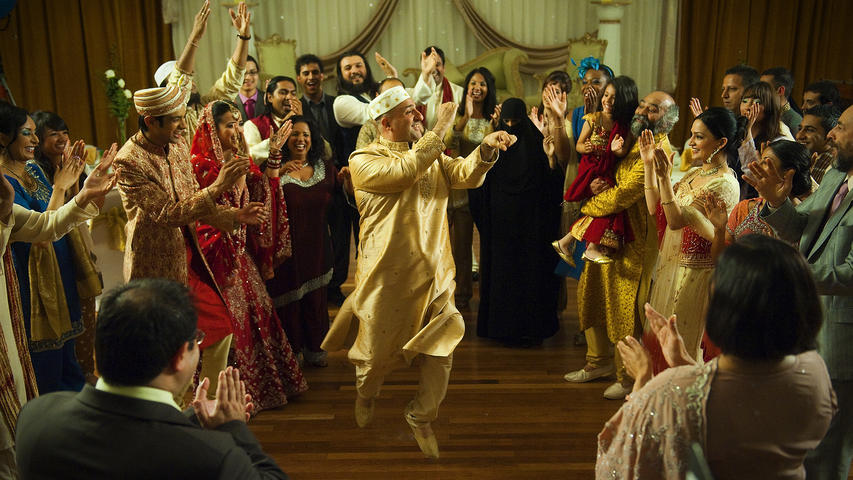 A Comedy Of Ethnic Proportions.

Based in a London suburb Mahmud Nasir lives with his wife, Saamiya, and two children, Rashid and Nabi. His son plans to marry Uzma, the step-daughter of Egyptian-born Arshad Al-Masri, a so-called ‘Hate Cleric’ from Waziristan, Pakistan. Mahmud, who is not exactly a devout Muslim, he drinks alcohol, and does not pray five times, but does agree that he will appease Arshad, without whose approval the marriage cannot take place. Shortly thereafter Mahmud, while going over his recently deceased mother’s documents, will find out that he was adopted, his birth parents were Jewish, and his name is actually Solly Shimshillewitz.