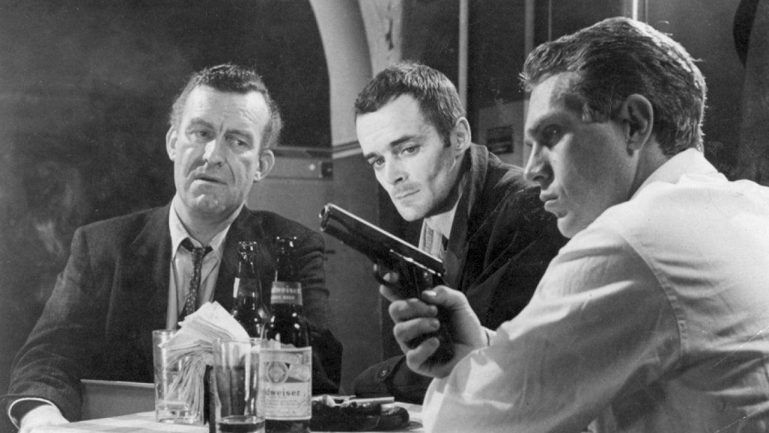 Movie icon Steve McQueen stars as a college football star drawn into a gang, plotting a bank heist. Based on an actual incident, the film was shot at the very bank that was robbed, and features several St. Louis police officers and bank employees playing themselves. This was one of McQueen’s first movies, and he was quite unknown when filming began, because he wouldn’t get the role of Josh Randall in the TV series Wanted Dead or Alive till some months later. It stands the test of time as a first rate crime drama.