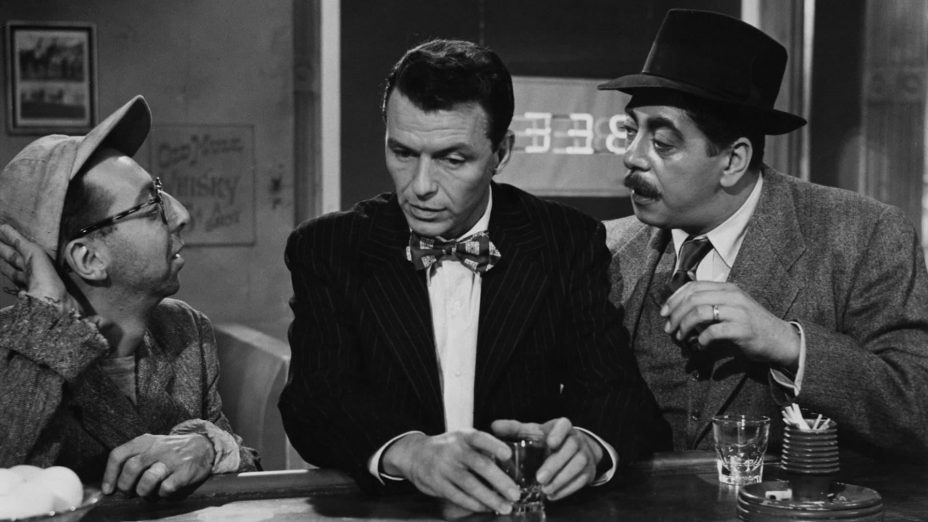 In this classic Oscar-nominated drama, illegal card dealer and recovering heroin addict Frankie Machine (Frank Sinatra) gets out of prison and decides to straighten up. Armed with nothing but an old drum set, Frankie tries to get honest work as a drummer. But when his former employer, small-time con man Schwiefka (Robert Strauss), and Frankie’s old drug dealer, Louis (Darren McGavin), re-enter his life, Frankie finds it hard to stay clean and eventually finds himself succumbing to his old habits. Controversial in its time for covering the then-taboo subject of drug addiction.