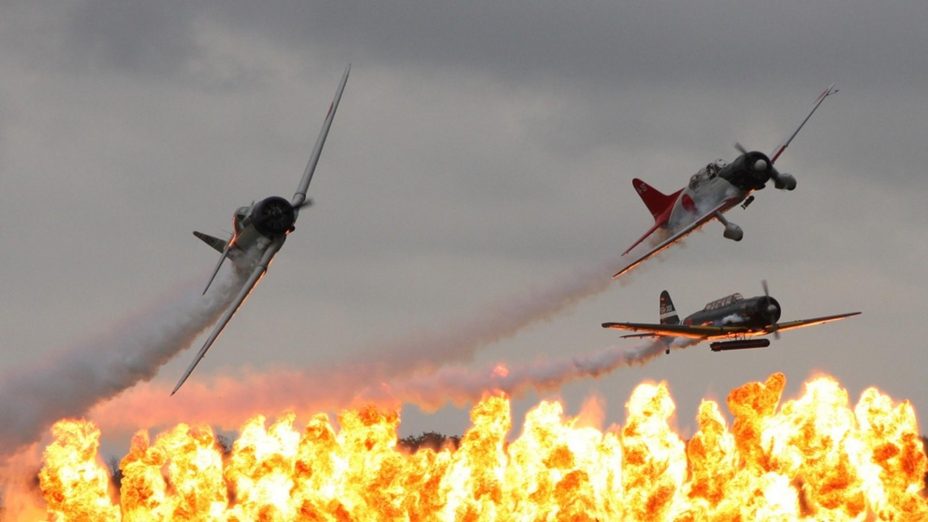 The incredible attack on Pearl Harbor.

Tora! Tora! Tora! is the Japanese signal to attack – and the movie meticulously recreates the attack on Pearl Harbor and the events leading up to it. Opening scenes contrast the American and Japanese positions. Japanese imperialists decide to stage the attack. Top U.S. brass ignore it’s possibility. Intercepted Japanese messages warn of it – but never reach F.D.R.’s desk. Radar warnings are disregarded. Even the entrapment of a Japanese submarine in Pearl Harbor before the attack goes unreported. Ultimately the Day of Infamy arrives – in the most spectacular, gut-wrenching cavalcade of action-packed footage ever. You’ll see moments of unsurpassed spectacle and heroism: U.S. fighters trying to take off and being hit as they taxi; men blasted from the decks of torpedoed ships while trying to rescue buddies; savage aerial dogfights pitting lone American fliers against squadrons of Imperial war planes. It’s the most dazzling recreation of America’s darkest day – and some of her finest hours.