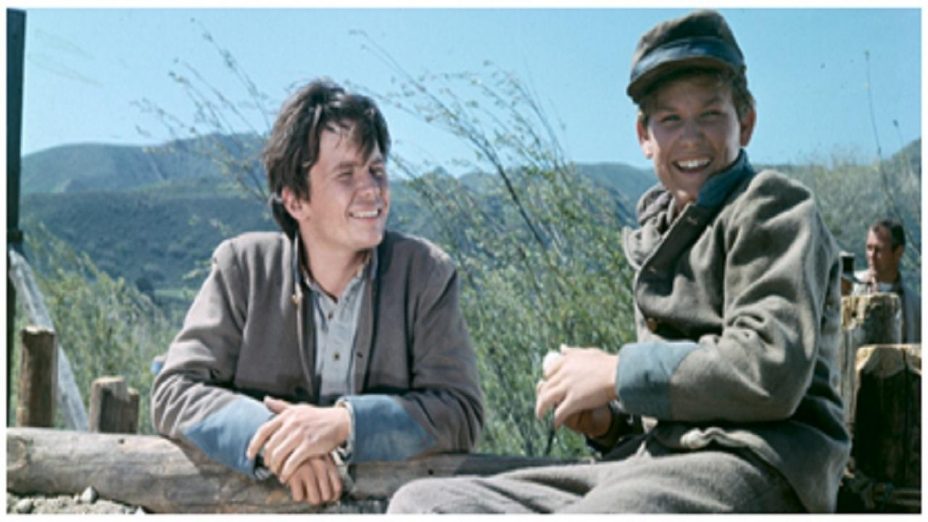 A young Private in the Confederate army, Willie Prentiss (Kurt Russell at about 16 years old), is assigned to guard a remote river outpost during the American Civil War. Lonely Willie becomes pals with his Union army counterpart, Corporal Jenkins (James MacArthur) and they talk across the river. They hold shooting contests, and trade tobacco for coffee. One day Willie accidentally shoots his own commander, Lt. Mosby (Jack Ging), and the Corporal helps him escape court martial by disguising him as a injured Yankee. Willy is shot sneaking home, but manages to make it. He lands up joining the marauders in one exciting caper after another and rejoins Mosby in trying to capture a Union General.