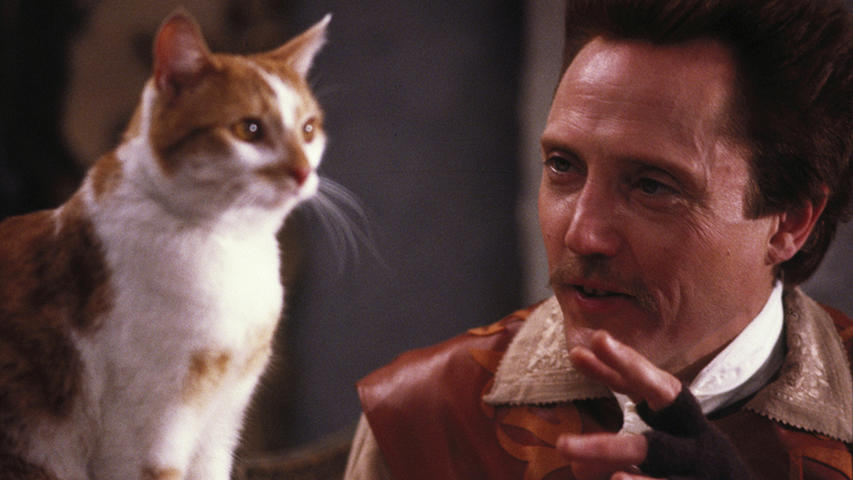 These boots are made for Walken.

A cat belonging to a poor miller’s son thinks up a great plan for bringing a title, wealth, and marriage for his owner. He begins to carry it out, using a few birds and rabbits as gifts for the king, his own wit, and a pair of boots that make him appear human when he puts them on. However, his owner has no idea that the cat has told everyone that his master is a marquis rather than a miller’s son until the king has arrived to meet him. Soon the king’s daughter and the miller’s son fall in love, and the king wants very much to see the land and the castle belonging to this rich “marquis.”