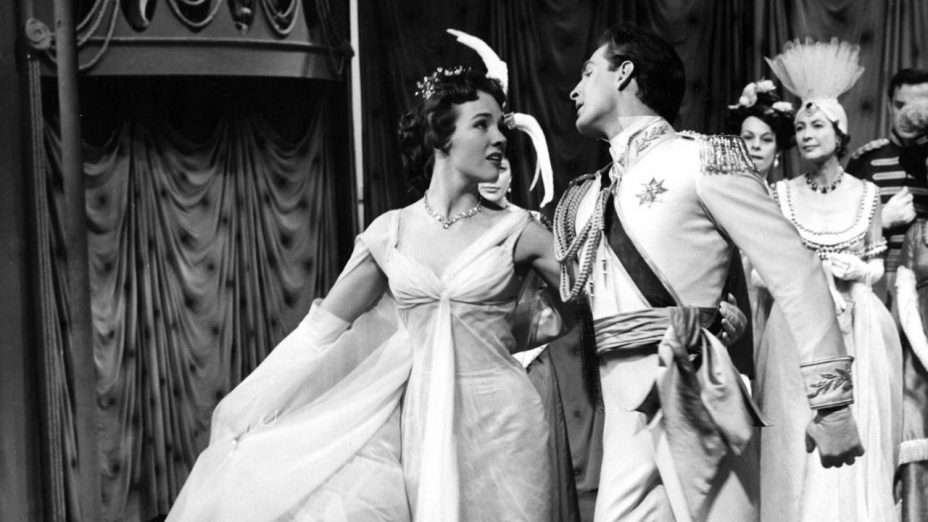 The classic fairy tale with a Rodgers and Hammerstein score and performed live on TV.

Rodgers and Hammerstein’s Cinderella is a musical written for television, with music by Richard Rodgers and a book and lyrics by Oscar Hammerstein II. Cinderella is the only Rodgers and Hammerstein musical written for television. It was originally broadcast live on CBS on March 31, 1957 as a vehicle for Julie Andrews, who played the title role. The broadcast was viewed by more than 100 million people. On March 31, 1957, at 8:00pm Eastern time, Cinderella was broadcast live in the Eastern, Central and Mountain time zones in both black and white and compatible colour; the West Coast received a delayed black and white-only broadcast starting at 8:00pm Pacific time. It was heavily promoted by its sponsors Pepsi-Cola and the Shulton Company. The Nielsen TV rating for the program was 18,864,000 “homes reached during an average minute” of the broadcast. More than 107 million viewers saw the broadcast, and Andrews was nominated for an Emmy Award for her performance.